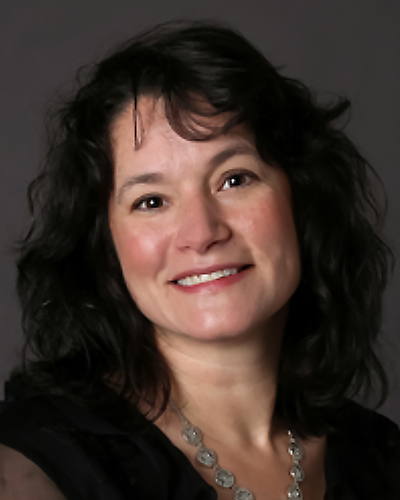 Dr. Carie Statz, D.B.A. is a marketing and sales instructor. She began teaching at DCTC in 1998.

Carie received her doctorate in business administration (DBA) from St. Mary’s University, a master of arts (M.A.) degree in mass communications from the University of Wisconsin-Milwaukee, and a bachelor's degree in from the University of Wisconsin-La Crosse, where she minored in Spanish and majored in mass communications with an emphasis on advertising and public relations.

At the Universidad de las Americas in Puebla, Mexico, she pursued general studies in Spanish and anthropology. She also attended the Grantsmanship Training Program at Marquette University.

Her nonprofit marketing experience includes supervisory positions at DCTC, UWM, and the Community Action Program of Janesville, Wisconsin. Her for-profit experience includes work for Walt Disney World, Oscar Mayer Foods, and TCF Bank of Wisconsin. Carie published "How the News Media Affects the Public's Perception of Crime" as her thesis and “A Cross-Sectional Study of the Relationship Between Work and Quality of Life for People with Moderate to Profound Intellectual and Developmental Disabilities”.

Carie was nominated several times as "DCTC Instructor of the Year," since she began teaching 2002. For 2021-2022, Carie was selected for recognition by Dakota County Technical College and the Minnesota State system as an "Outstanding Educator." As DCTC's marketing director, she won several awards for marketing materials, including radio and television commercials as well as viewbooks and catalogs. In 2003, she won the Silver IABC Award for designing the college's 2002-2003 viewbook.

Regarding her teaching philosophy, Carie strives to "bring the real world into the classroom as much as possible, so students are prepared for work upon graduation."

The best part of her job as a DCTC instructor is hearing from internship supervisors about how they would rather hire a prepared student from DCTC than another student from a four-year college.

As an entrepreneur, Carie owns small businesses providing products and services to both B2C and B2B customers. Carie has volunteered for Treasurers of the Heart, Twin Cities Habitat for Humanity, PBS Television, and the American Legion.