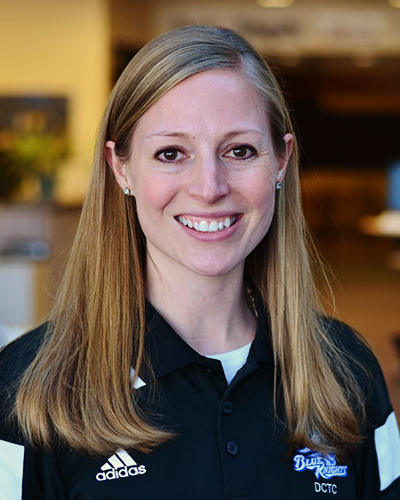 Jen was the Bloomington Kennedy Assistant Volleyball coach for seasons from 2011 - 2014. She currently coaches at Vital Volleyball Club as the 14-1's Head Coach. She has been a head coach at Vital for 3 years. Jen was a co-head coach at Blazer Volleyball Club from 2009-2011. In 2010, Jen was the JV Head Coach and Assistant Varsity coach at New Life Academy. For the2009 fall season, she was an assistant coach with Augsburg College in Minneapolis and assisted them to a 4th place MIAC finish. Jen also was a positional coach for Armour Volleyball Club from 2008 – 2009. In 2007, Jen was an Assistant Coach at St. Thomas University in St. Paul in 2007 and helped them to a MIAC Conference Championship and a 28 -3 record. In 2005, Jen was the Volunteer Assistant Coach at the University of MN and assisted them to an Elite 8 Appearance and 25-8 record. She also coached for M1 Volleyball Club and was the Youth Director starting in 2002. In all of the years she has coached, 42 girls have gone to play in college, 16 of which played for Division 1 schools.

Jen started her college playing career at Northern Illinois University where she was the Mid – American Conference (MAC) Leader in Assists for 2000 and 2001, the 2000 MAC Freshmen of the Year, 2000AVCA Regional Freshmen of the Year, 2000 Honorable Mention All-MAC, and a USA Junior National Team Member. In 2001 at NIU, Jen was MAC Player of the Year (first time ever that a sophomore was awarded this honor), First Team All MAC, AVCA First Team All-Region, MAC Tournament Most Valuable Player, MAC All-Tournament Team, and helped lead her team to a MAC Championship.

Jen played at California State Long Beach in 2002 and finished her career at the University of MN where she was a part of the 2003 Final Four Team and the 2004 NCAA National Championship Runner-Up team. She continued to pursue volleyball on the beach in 2006 and played in AVP qualifiers and made6 main draw events. She was also a part of the 2005 USAV AA Adult National Championship team.

Jen received her bachelor’s degree in Human Resource Development from the University of MN in 2004. She grew up in Maple Grove, MN where she played high school volleyball for Osseo Senior High for 4 years and was selected as a first team All-State and first team All-Conference. She played club volleyball for Northern Lights and M1 Volleyball Club. She currently lives in Bloomington, Minn.